Nestled in the central north of the state, Yanceyville enjoys the convenience of being almost the same distance from the mountains or the beach. We also have an abundance of offerings right at home such as S.R. Farmer and Hyco Lake, the Yanceyville Museum of Art Featuring Maud Gatewood and several local parks and recreational areas.

Yanceyville may be listed as a small town, but there is a wealth of opportunities to grow or start a business, to raise a family or just enjoy the quietness of our rural community.

There is something about a small community that instantly feels like home, no matter where you are from. In Yanceyville this happens instantly as you are welcomed into the community and supported by local government, businesses, and neighbors. Come explore for yourself what life in Yanceyville is all about. 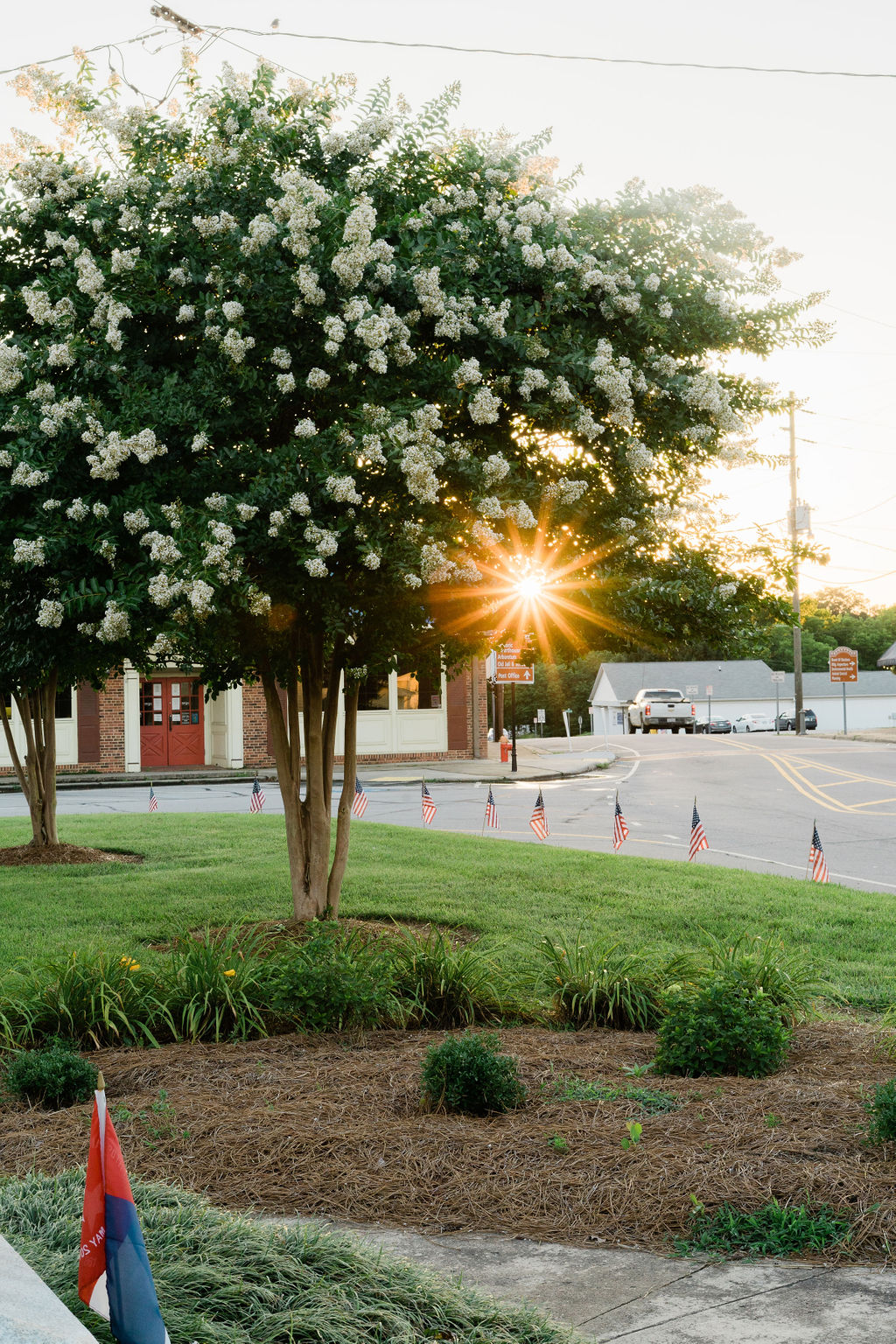 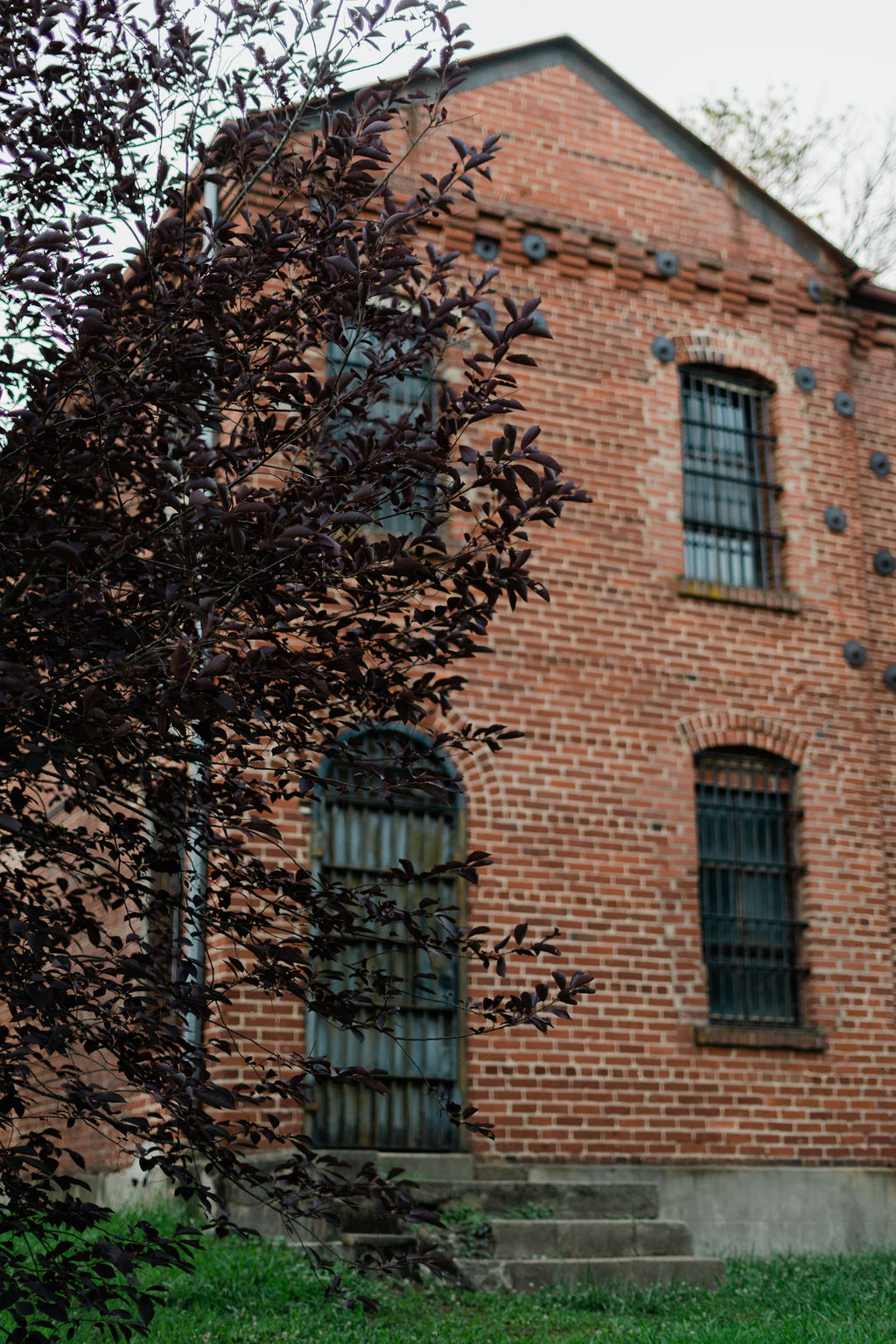 In a community that is over 200 years old, there is bound to be a little history. Some of our top sites are listed below.

Aroboretum - a nautral escape amoung local plant and animal life. Perfect for a Sunday stroll or picnic lunch

Historic Jail - You'll get chills as you explore the old jail with its iron spring beds, creaky doors and graffatti from past prisioners.

Courthouse - Completed in 1861, this courthouse is a treasure in period architecture.

Richmond-Miles History Museum - Explore a collection of historic clocks, militaray uniforms and books on the region. 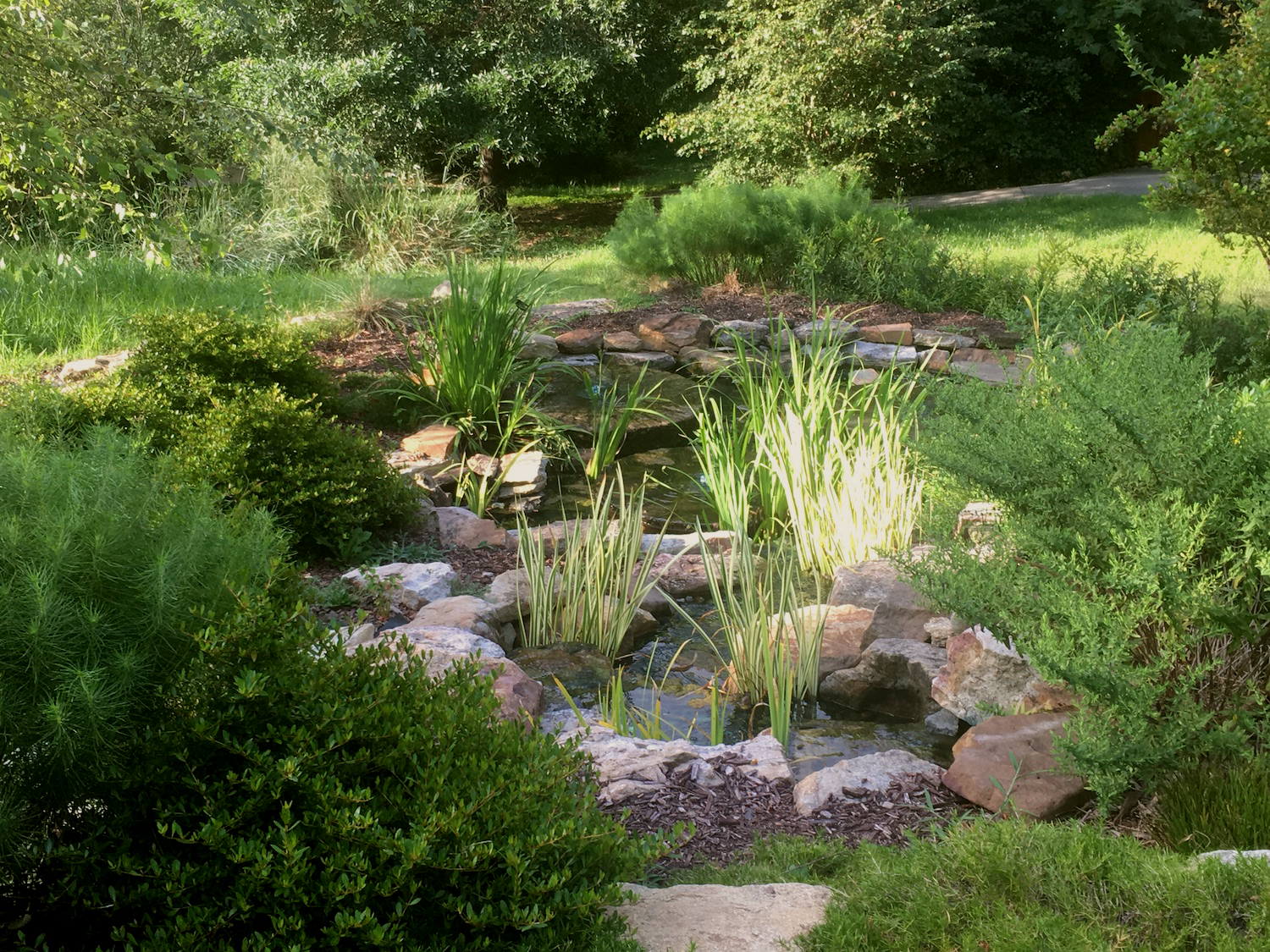 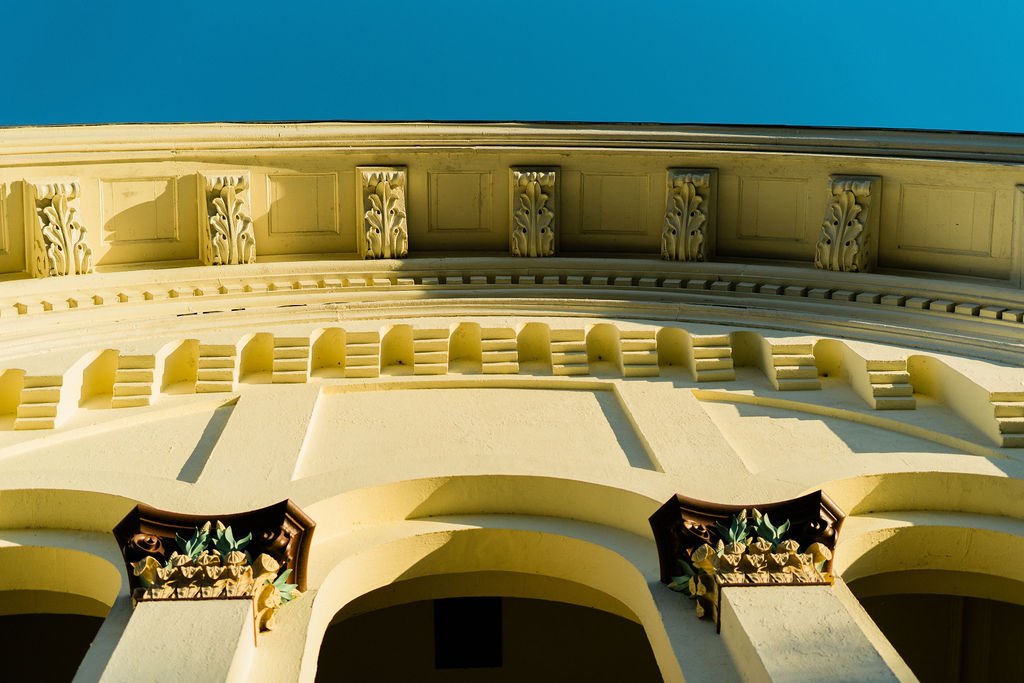 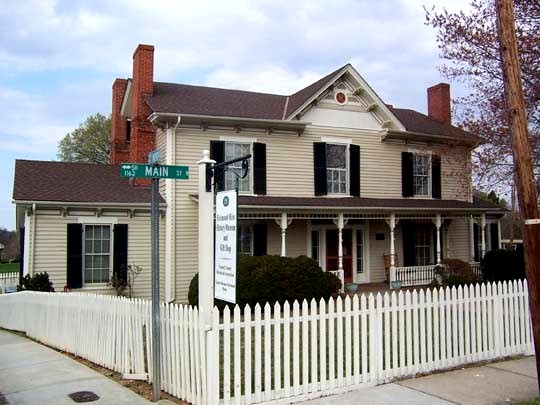 Yanceyville has been home

to many famous artists as

well as inspiration for

Packed full of activities for the entire family

there are plenty of outdoor activities for all ages

Yanceyville is just minutes away from this high-octane adventure.

Same some money and stay just outside the event.

The Business Information Form needed for all businesses can be picked up at the Municipal Services Building during business hours, or you can use the link on this page to print one out. This form needs to be submitted to the Town Manager, and approved, before the business can begin operations. If there are any questions, please contact the Town Manager at 336-694-5431.

Primary Areas of Business in Town

We invite you to join us in supporting Economic Development of the Town of Yanceyville! Since land is one of our most available resources it allows flexibility in planning the location of any new business. There are several new opportunities for businesses in Yanceyville including the new CoSquare co-working building. This is managaed by Caswell County Economic Development.

The Town's Central Business District (CBD) reflects its historical development. The Town's CBD begins at NC 62 and Main Street extending west on Main Street for approximately one mile. The focal point of the CBD is the historic Courthouse Square that contains the restored 1859 Caswell County Courthouse. About half of the CBD lies within the designated Yanceyville Historical District.

Caswell County and the Caswell County Board of Education own or occupy 19 buildings in close proximity to the Central Business District. Business in the CBD consists of a local drugstore, banks, lawyers offices, CPA's , hardware store, restaurants, clothing accessory store, and an antique shop that primarily serves as a local market. The CBD does not contain any regional or national retail businesses or chains.

Highway 86 is the primary location of larger retail and service businesses. It offers excellent highway access and busy sales activity.

West Main street is the home of many offices and home-businesses. This area is located in close proximity to the Historic Downtown and offers several undeveloped or under-utilized properties.

The Town of Yanceyville utilizes the Caswell County Building Inspections Department for all of its Building Permits and Inspections. If you need any permit or inspections information, please contact them at (336)694-9731.

The following list includes local utility providers for the Town of Yanceyville.  If you have any additional questions, please contact the Municipal Services Building at (336) 694-5431.

Most properties within the town limits are served by the municipal water and sewer system.
For more information visit our Public Works Department.

The residents of the Town of Yanceyville have access to numerous healthcare facilities, and the Caswell County Senior Center located in Yanceyville offers seniors an abundance of health and entertainment activities.

Links to Medical and Healthcare providers in Yanceyville 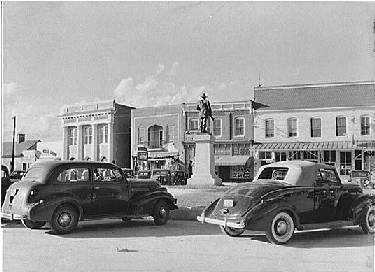 When Caswell County was carved from Orange County in 1777 it was much larger than the present county, and the county seat was established in Leasburg. However, fifteen years later when Person County was created from the eastern half of Caswell County; Leasburg no longer was at the geographic center of Caswell County. As a matter of fact, Leasburg was almost in Person County. Therefore, in 1792 surveyors found the geographic center of the newly reduced Caswell County and purchased land for the new county seat, which became Yanceyville. From 1792 until 1833 the village was merely called Caswell Court House, not very imaginative but certainly descriptive. Construction of the first courthouse was completed in 1794, and the new county seat was open for business.

The land for the new town was purchased from James Ingram, but most of the property in Caswell Court House was soon owned by the Graves family; and it was not until the 1830s that they would part with any significant portion of it. In 1810, the little town had two taverns, one store, one hattery, and about fifteen houses. Soon after that, blacksmiths, coachmakers, wheelwrights, silversmiths, and other tradesmen opened businesses. Needless to say, doctors, lawyers, preachers, and various politicians also were attracted to the area as it began to grow.

It must be remembered that during these early years Caswell Court House was, while certainly not in the remote back woods or on the frontier, a very rural area. Moreover, other than being the county seat there was no reason for its existence. It did not sit on a major stream nor were its roads major thoroughfares. While the town sat between two creeks (Rattlesnake to the north, and Country Line to the south), those waterways were just that, creeks. Thus, progress was slow. Nearby Hillsborough, in Orange County, was the regional political center, and Richmond and Petersburg in Virginia remained the nearest major commercial centers, with nearby Danville, Virginia, beginning to develop as well. Even Milton in the northeast corner of Caswell County had a better overall reason for existing, being located on the Dan River. While the town was growing, growth was slow.

The next major events occurred in the 1830s with the construction of another court house (this one brick) and the incorporation of the old village of Caswell Court House as the new town of Yanceyville. Oddly enough, the shape of the town was a circle. It was a round town.

The jurisdiction of the first town commissioners extended one-half mile from the courthouse in all directions, thus creating a municipality in the round. It was during these years, however, that Caswell County began the journey now referred to as the "Boom Era."

From approximately 1830 until the adverse effects of the Civil War were felt, Yanceyville and all of Caswell County experienced a period of unequalled prosperity.

There remains some uncertainty as to the person for whom Yanceyville is named. Some say it is named for James Yancey (1768-1829). Others claim it is named for his younger brother, Bartlett Yancey, Jr. (1785-1828). 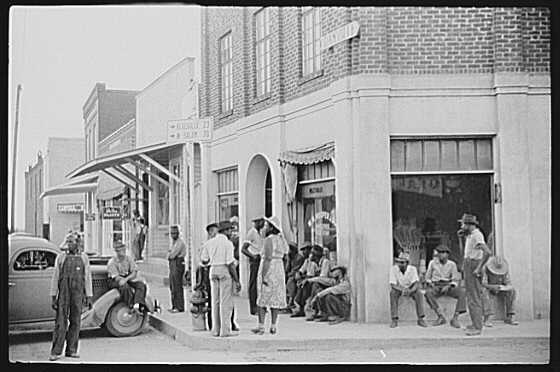 A few believe the name honored the entire Yancey family, long prominent in the area. While we may never know for sure, William S. Powell, who wrote the history of Caswell County to commemorate the county's bicentennial in 1977, believes the preponderance of the evidence supports Bartlett Yancey, Jr. The evidence and arguments that Powell advances are persuasive. Accordingly, like Powell concluded, until better evidence comes along, we will agree that Yanceyville indeed was named for Bartlett Yancey, Jr.

It was during a roughly thirty-year boom period (1830s-1861) that the imposing houses of Yanceyville were constructed, which included among others:

Similar imposing structures were built throughout the county during this period of substantial growth. In Yanceyville, this architectural display of wealth concluded with the magnificent Caswell County Courthouse, which was completed in 1861 and remains standing today.. 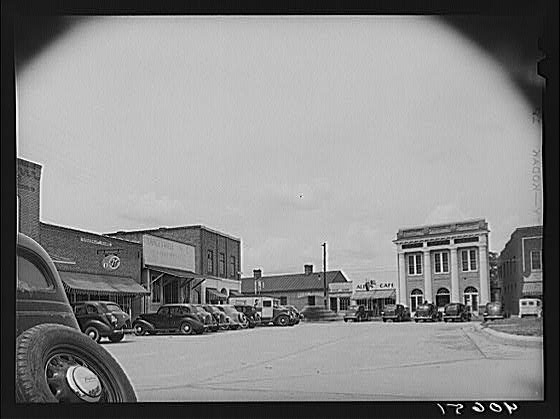 Many believe that had Yanceyville not been the county seat it would have become a ghost town after the Civil War, being totally abandoned. Because there was no geographic or commercial reason for its existence, it could have disappeared. Without a railroad, a major waterway, or an ability to attract commerce, Yanceyville relied almost exclusively on the agricultural enterprises in the surrounding county, and those businesses, mostly tobacco-based, were at the mercy of markets beyond the county. Agricultural practices overused the land and allowed the topsoil to erode. Gullies were evident on most farms. Times were very difficult. It was not until the 1940s and 1950s that improved farming techniques checked the further ruin of the land.

Yanceyville has been somewhat erratic in its approach to incorporation. The North Carolina Legislature authorized Yanceyville as an incorporated town in 1833. However, this seems to have been forgotten because authorization was obtained again in 1877. A similar act was passed in 1885, but why it was needed remains a mystery. Thus, by 1885, the state legislature had three times authorized the incorporation of the municipality of Yanceyville. Accordingly, in 1885, the corporate existence of Yanceyville would seem certain. However, this was not the case. In 1899 the law authorizing incorporation of Yanceyville was repealed. But, in 1905, Yanceyville was again incorporated. But, hold on. In 1915, the charter again was repealed. And, as far as can be determined, Yanceyville remained an unincorporated village until the latest attempt at reorganization in 1986. That attempt was successful and, possibly, this last reorganization will be more permanent.

The fifty years that followed Reconstruction (1870-1920) were unremarkable. Railroads were built throughout the state, but none came to Yanceyville, even though many attempts were made. Roxboro in Person County secured a railroad, not Yanceyville. It is almost as if the town was asleep for fifty years. Little changed. The economy remained based upon agriculture, predominantly tobacco. An occasional attempt was made at industry, but nothing became sufficiently established to transform Yanceyville into an industrial center. While much of the United States enjoyed boom times during the 1920s, this mostly passed Yanceyville by. Then came the Depression and World War II. 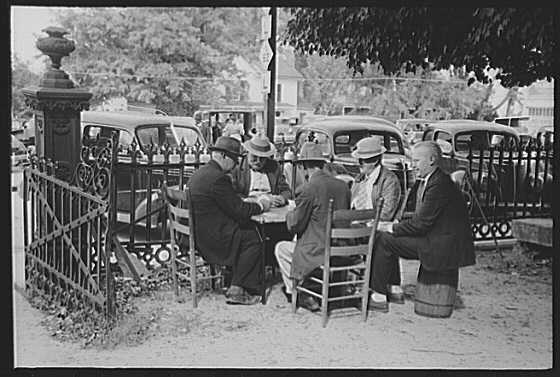 However, all was not entirely gloom. There were a few bright spots. That venerable and continuing institution The Caswell Messenger began publication in 1926 and continues to be read today. That same year saw the creation in Yanceyville of the Caswell County Chamber of Commerce, headed by young Samuel M. Bason. The Yanceyville Telephone Company began operation. And, the County Home for the poor was constructed near Yanceyville on what now is known as the County Home Road. In 1939 the Caswell Knitting Mill opened in Yanceyville, a precursor to the other textile mills to follow, which helped to broaden the town's economic base.

In one form or another, Yanceyville has been around for over 200 years!